Programme:
Readings of the recollections of Maya Plisetskaya and Sergei Nikolaevich in a dialogue with the opuses of Rodion Shchedrin, Franz Schubert, Frédéric Chopin, Maurice Ravel, Mieczyslaw Weinberg and other composers.

Maya Plisetskaya. An outstanding personality, a legendary fate and a fantastic woman. Nothing and nobody could compete with her either in life or on the stage. Wherever she appeared, all eyes looked in her direction. No matter what she said, an expectant hush invariably ensued, as if she were not a ballerina, but the Oracle of Delphi standing before chambers of sorcery. Even her death on the eve of her ninetieth birthday in May 2015 was like a gesture - kind and stubbornly beautiful (from the recollections of Sergei Nikolaevich).

The legendary ballet dancer, the glowing radiance of whose personality brightly reaches into the future, has reverberated not only among her contemporaries, who had the chance to witness the artist performing on stage at the peak of her powers, but also over a period of several decades, amid people all over the world, be they television viewers or regular theatre goers, or readers of the ballerina’s memoirs or stories about her written by the press.

This idea nurtured by the editor-in-chief of the Russian magazine Snob Sergei Nikolaevich and the Boris and Inara Teterev Foundation of a dialogue of readings and music offering a glimpse into the world of Maya Plisetskaya was performed only once in Riga, in the Latvian National Opera’s New Hall.

Fragments of the memories of Maya Plisetskaya and reminiscences about the dancer herself read by actress Yuliya Rutberg and journalist Sergei Nikolaevich were interwoven with musical replies, questions and answers performed by the violinist Gidon Kremer, the soloists of the KREMERata Baltica orchestra and the pianist Yulianna Avdeeva. 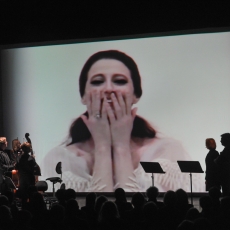 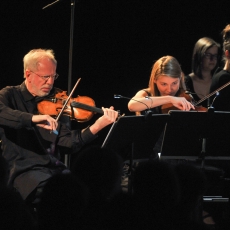 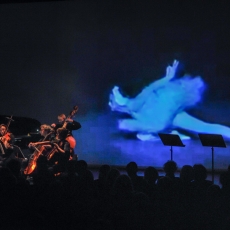 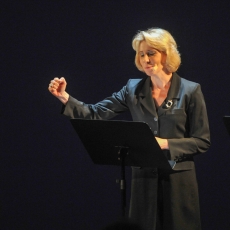 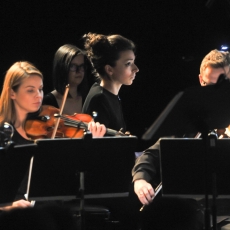 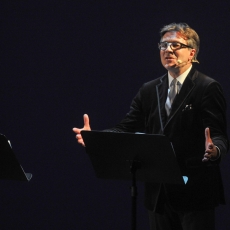 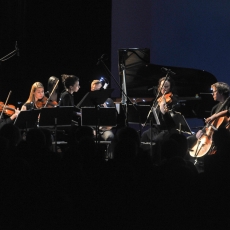 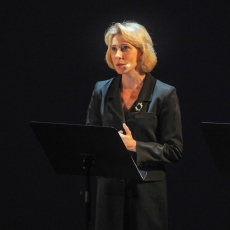 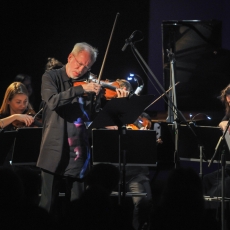 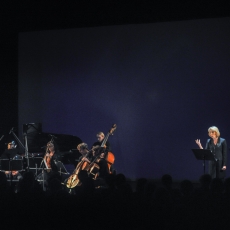 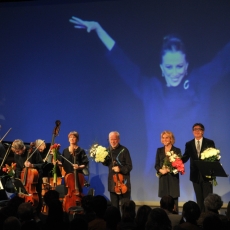